Get started for free
Back
CCT

The Claims Combination Test is used when your product has several claims. To learn more about Claims and Claims Testing, please refer to our article on claims testing for consumer goods. We’ve created the Claims Combination Test using a methodology perfected over numerous projects with FMCG brands, allowing you to find the best combinations of claims from a list of up to 100 individual claims ranked on preference share. 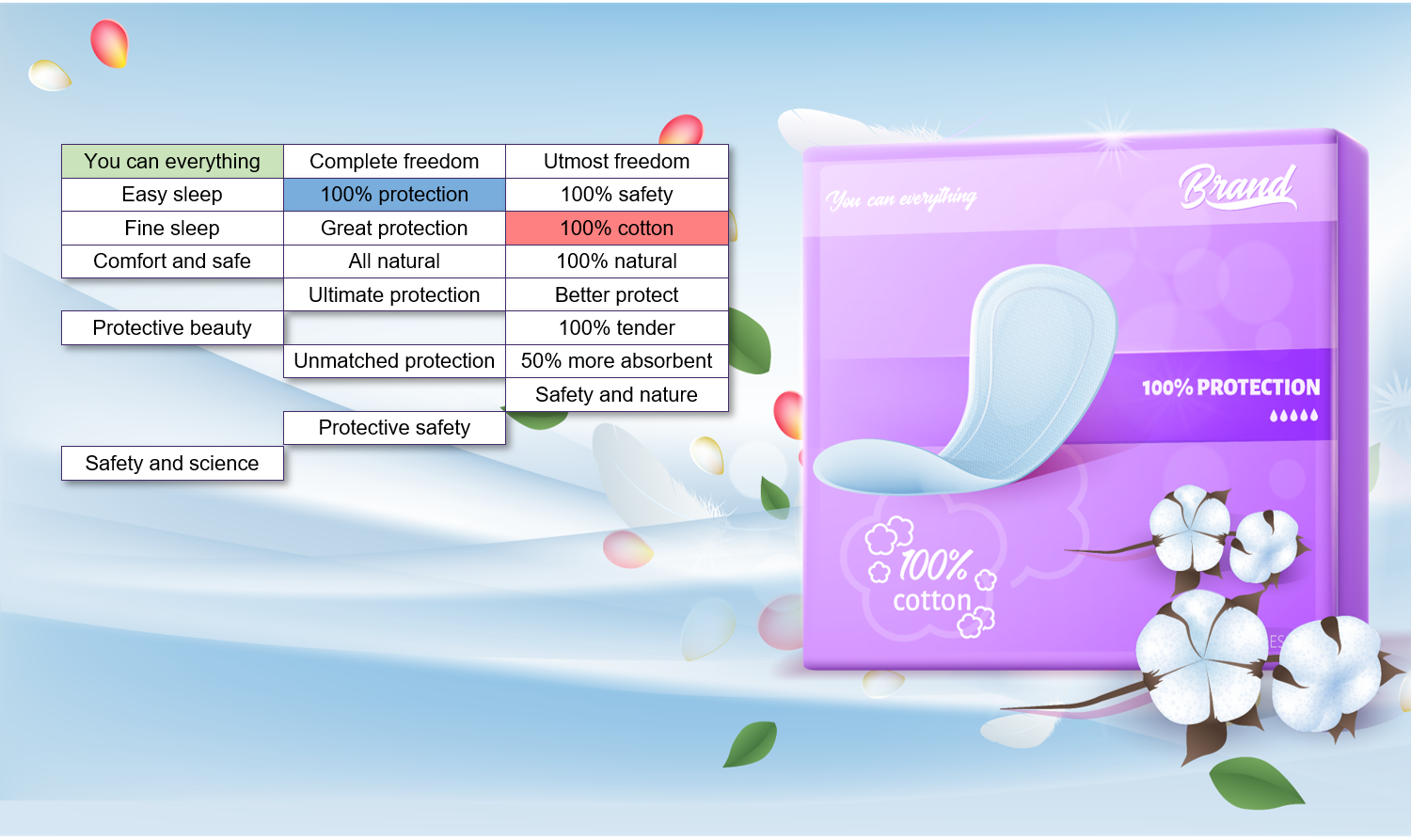 Using Claims Combination Test to assess claims in combinations of 3 along different levels of pricing.

Respondents are asked to choose between one of four claims, arranged in various combinations.

Claims Combination Test surveys can be automatically translated to more than 30 languages.

Ranking of Singular Claims by Preference

This example shows that whilst Benefits tend to outperform RTBs, the top five claims are a mixture of both. 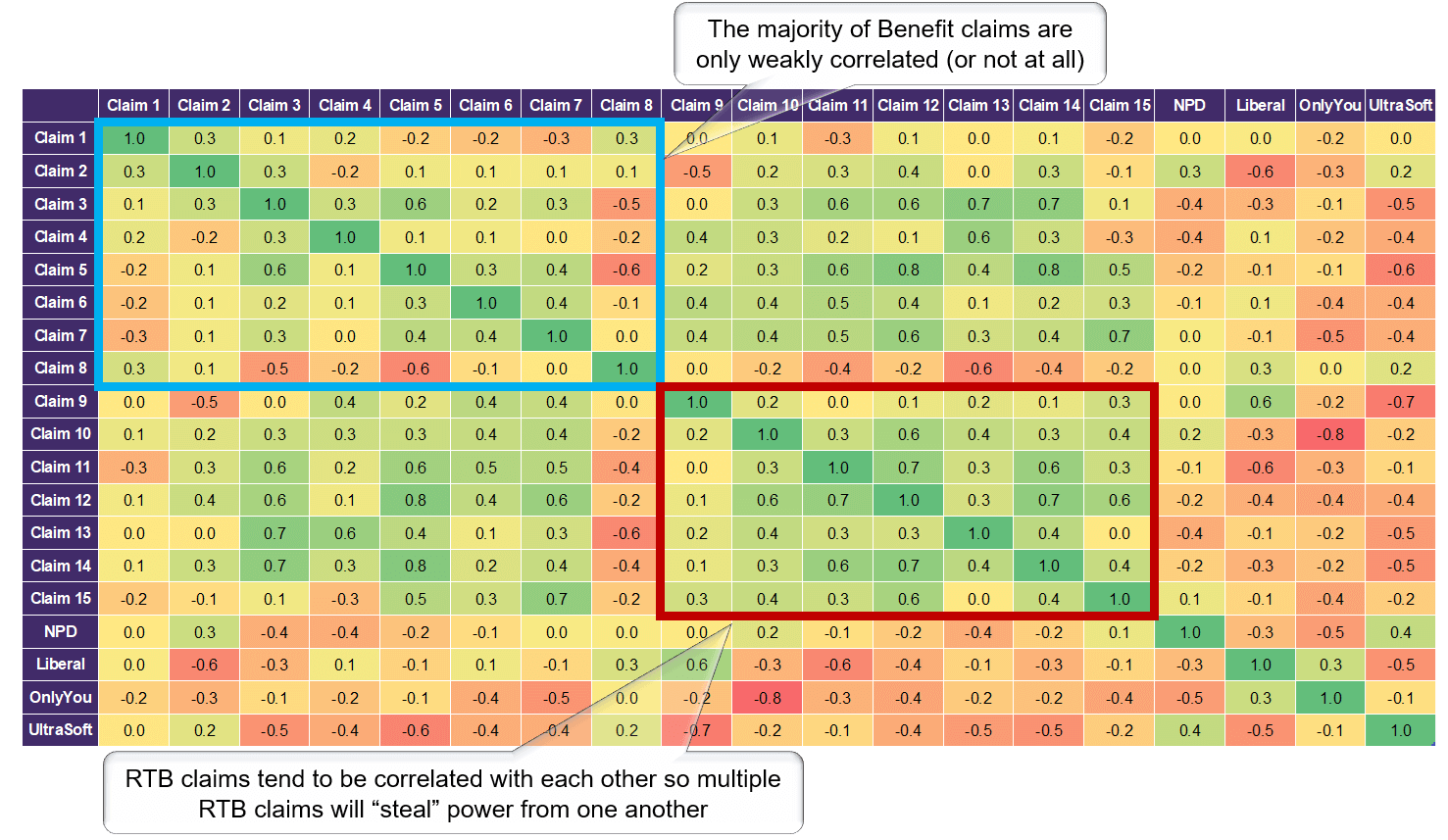 Our example of claims correlation suggests that RTBs are interchangeable, but different benefits can be used to appeal to different sections of the audience. 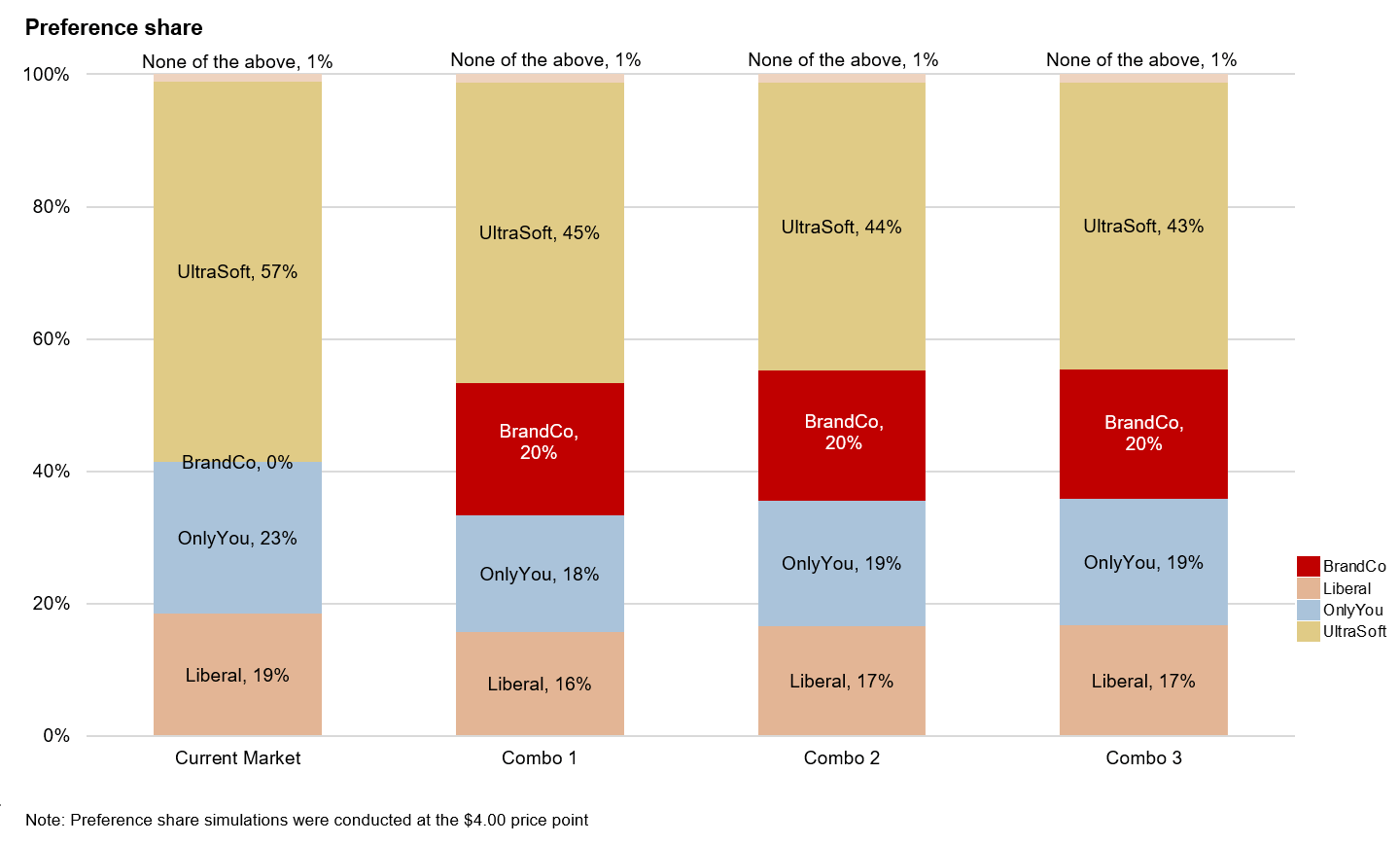 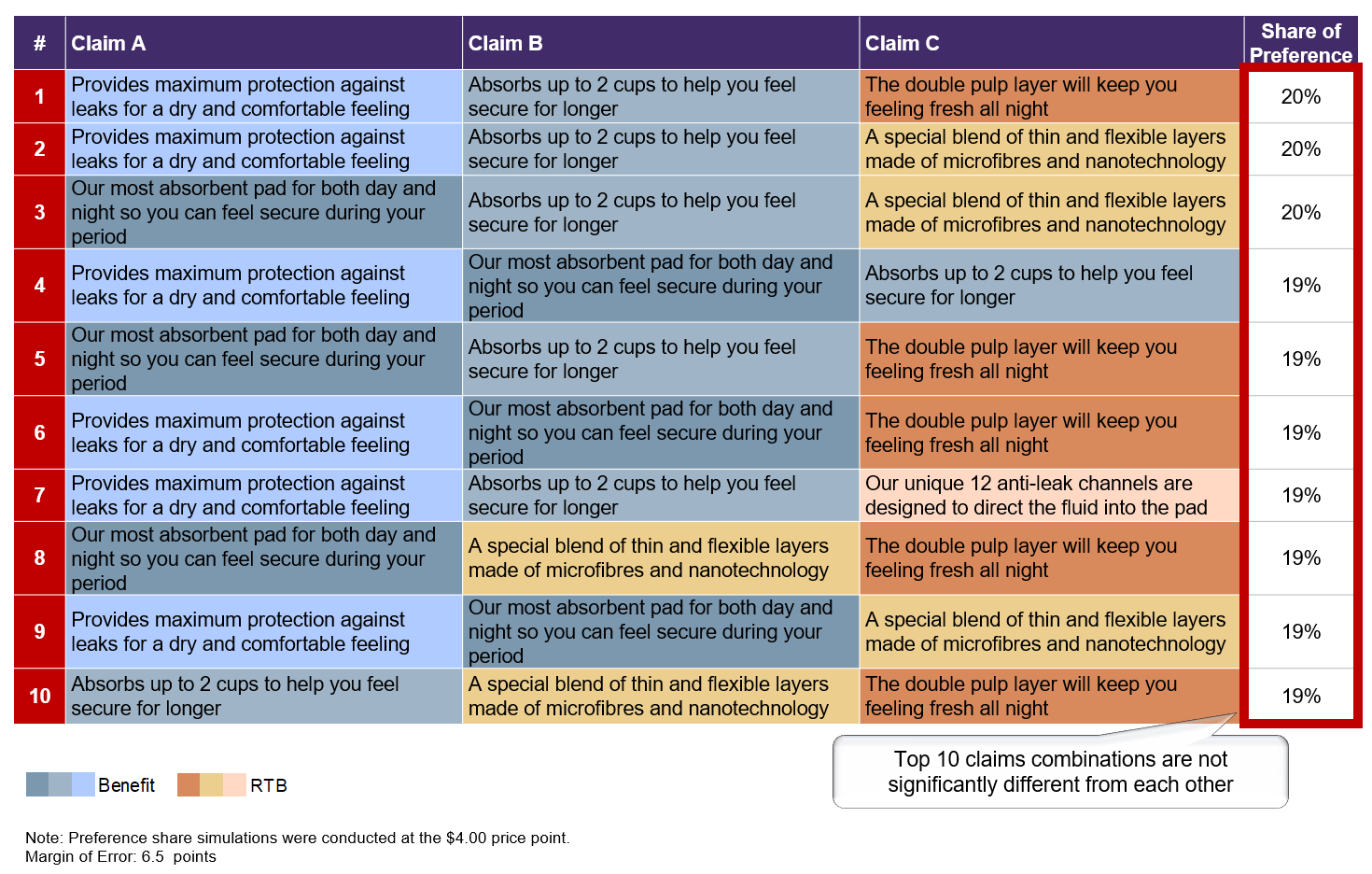 The share of preference in our example show shows that using claims combinations across both Benefits and RTBs takes the highest preference share. 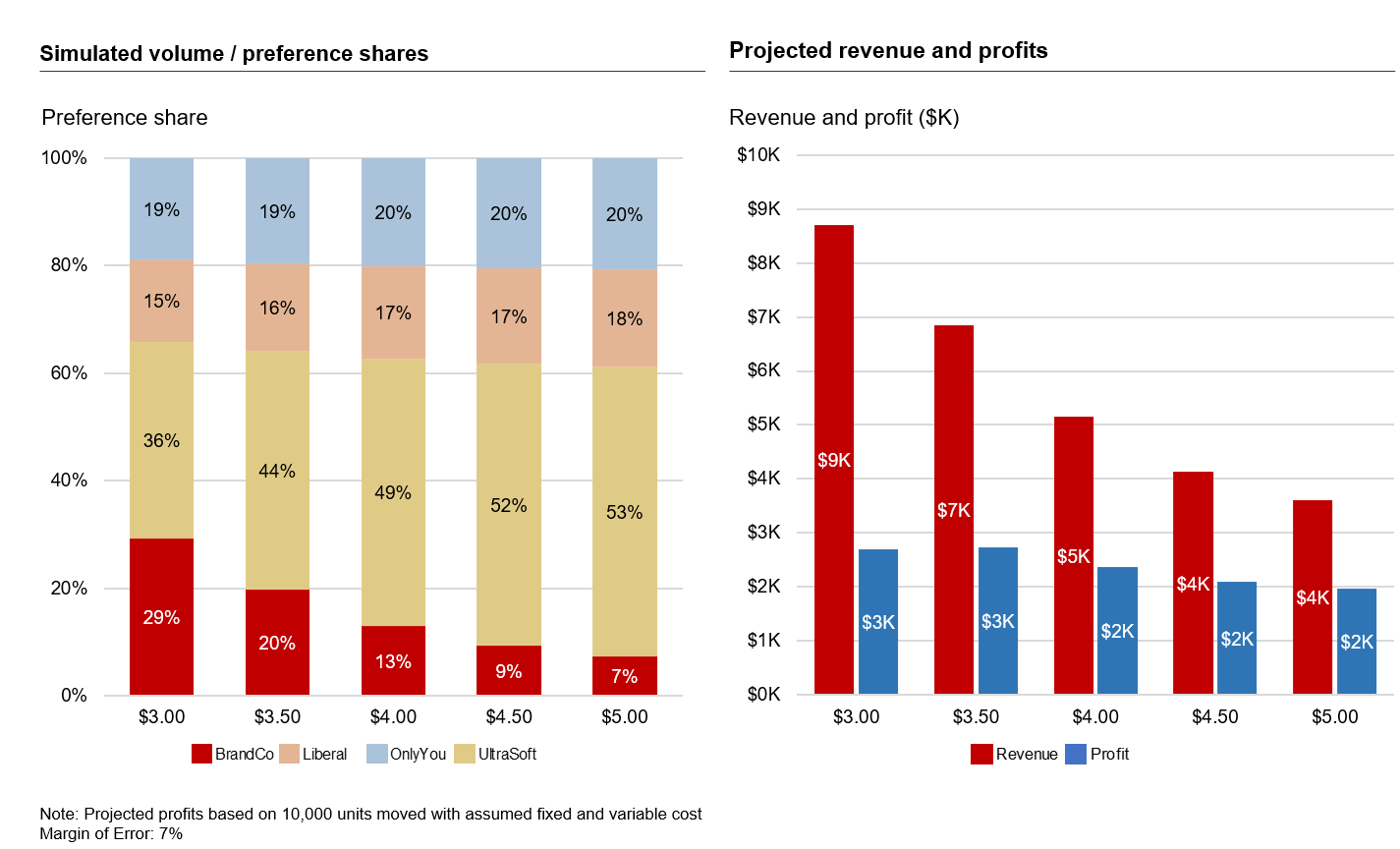 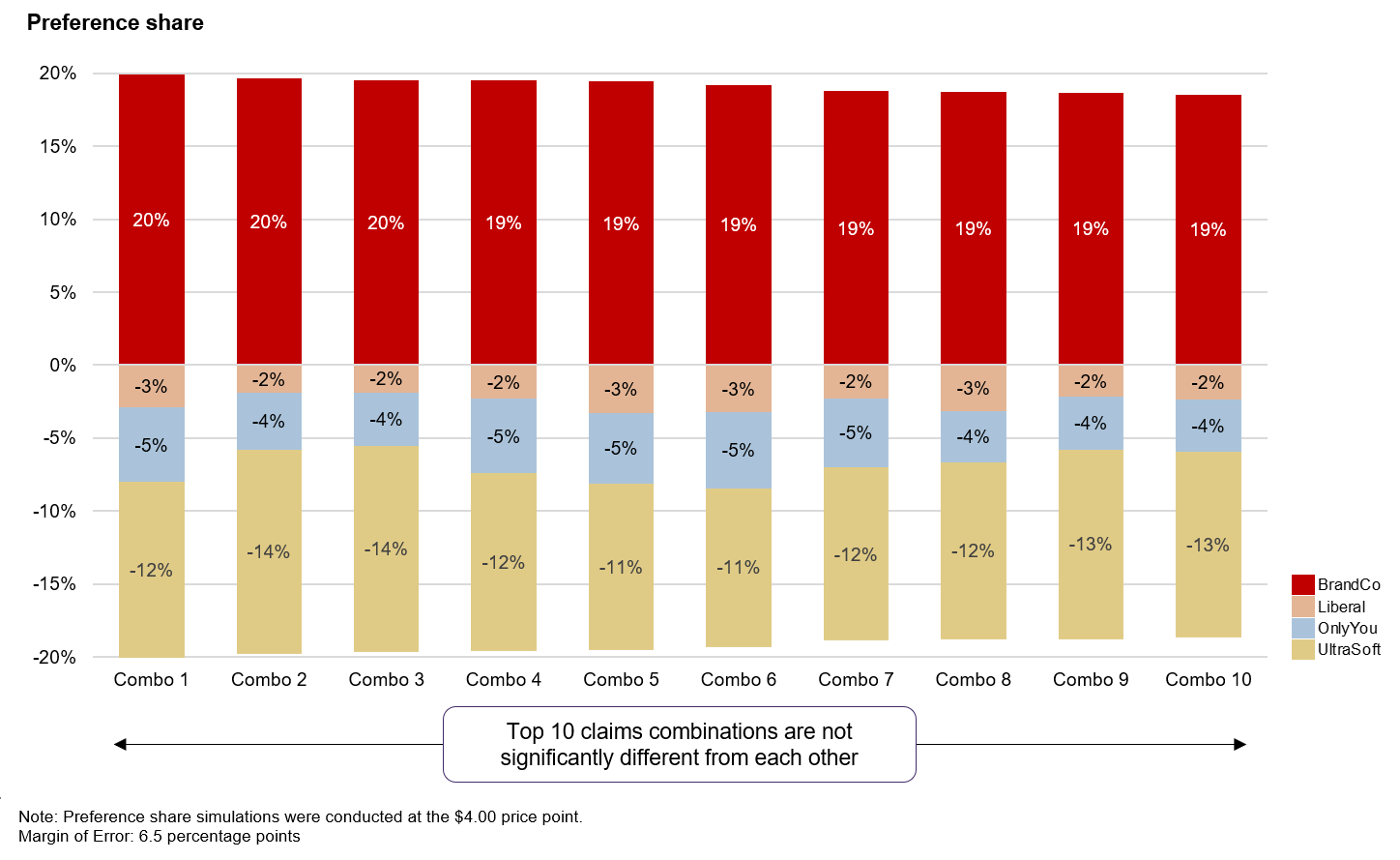 Analysis of Source of Business

Our analysis of source of business shows which competitors our brand (BrandCo) would take the most preference share from.

Claims Test produces lists of the top combinations of claims through TURF analysis that “reach” the largest number of customers. This can be problematic when testing combinations as TURF may recommend several claims that serve a similar purpose which can be detrimental to the effectiveness of the messaging.

A list of competitor products provided by BrandCo to test their claims against, including product images, current claims, and prices.

Unlike standard conjoint testing, a Combination Test allows claims to be arranged flexibly in various combinations, and more rules can be used to sort claims.

Commonly, this test is done in two stages:

Stage 1: BrandCo claims were tested against competitors’ claims to find the claims most effective at taking market share.

Stage 2: BrandCo claims were tested against each other to “sort” claims and refine combinations.

Brand-specific conjoint is a discrete choice method for markets where potential product characteristics vary across brands or SKUs.

MaxDiff analysis for robust ranking of flavours of your product by consumer preference; or usage occasions by frequency.

Test the effectiveness of your advertisements using a comprehensive research method

Test the effectiveness of your digital advertisements in an online environment

Compare performance of concepts or products through thorough testing on several metrics.

Validate your product descriptions before release

Discover the best packaging for your products

Allowing advanced choice modellers to upload their own experimental designs and perform data collection on Conjoint.ly.

Track consumer attitudes and perceptions on regular basis in the USA, UK, France, and Spain in a timely and cost-efficient manner.

(I have questions about the tools or my project.)
×