Scroll down to documentation topics

There are several alternatives to conjoint analysis, some of which are outdated, while some serve slightly different purposes. Please feel free to contact us for help if you are evaluating the different methods.

MaxDiff (Maximum Difference Scaling, BWS, or Best–Worst Scaling) is a statistical technique that help prioritise different items, such as product features. Unlike conjoint, MaxDiff usually does not look at products as combinations of levels grouped by attribute. In MaxDiff, researchers are free to examine features in a more haphazard manner, which comes at the cost of limited analytical capabilities and limited depth of insight.

Each MaxDiff question presents a set of 2 to 5 features from which the respondent has to indicate which feature is most important or most desirable, and which is least important or desirable. For example, respondents may be asked to choose the most attractive and unattractive features of smartphones:

MaxDiff and Best–Worst Scaling are considered to be slightly different techniques, with various flavours of both suited to specific research needs. MaxDiff is generally a less powerful technique than choice-based conjoint when it comes to simulations of consumer preferences. That said, you can use MaxDiff on Conjoint.ly.

What is the similarity with conjoint analysis?

Like normal conjoint, this technique assumes that people’s preferences for products are a sum of preferences for the different features (levels of attributes). Mathematically speaking, this model can be expressed as 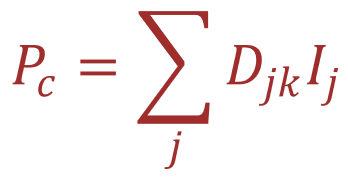 Unlike in normal conjoint, where respondents see sets of carefully constructed questions about which product they would choose or buy, in self-explicated conjoint, respondents typically go through two questions:

What is wrong with it?

This approach is proven to be subpar. Theoretically, it is not supported by marketing theory (e.g., the random utility theory). Practically speaking, studies that involve self-explicated conjoint produce unreliable numbers. The reason is that they do not utilise three important properties of choice-based conjoint analysis:

In conclusion, we recommend that choice-based conjoint be used instead of self-explicated conjoint.

Two-attribute trade-off analysis was an early conjoint-like research technique where respondents were shown a series of trade-off tables. Each table would contain all the possible combinations of levels for two attributes. Respondents would then need to rank each column in the table according to their preference.

For example, consider a product that has three attributes, two levels in each:

Each respondent would then be shown three tables (questions), with four concepts in each:

This approach has less cognitive load on participants and is simple to implement. However, it has major drawbacks because of which it is not currently used in practice:

There were a number of related trade-off approaches, such as SIMALTO (Simultaneous Multi-Attribute Level Trade-Off). Choice-based conjoint has come to replace all such outdated methodologies.